Defeating Giants - Achieving Peace And Victory By Facing Your Troubles

Slaying Giants - Achieving Peace And Victory By Facing Your Troubles.

For one reason or another, though I love peace there are just some people I rub the wrong way. Truth is the number of people I irk exceeds those I don't. Most people can't stand me. Sometimes I can give off the craziest vibes ever. Not everyone will understand you. It's not their duty to.

A few times, I will ask some people to give me peace. Some do and some don't. Some people have unfriended me and closed me out of their lives.
I have done the same. It's life. No one is perfect. We are mortals.
We shall find people we can get along with and we shall find those we can't get along with.

It's just the truth. Heck, if Cain could kill his own brother Abel and Jacob could take away his own Twin's (Esau) supposed birth right then what about strangers and friends made along life's journey?

Despite the glaring differences between me and other mortals, I'm generally a peace loving person who will not go out of her way to start trouble or war. I try to stay away from conflict and avoid it as much as possible.

Sometimes giving peace to another person, means pushing them away so they can have an opportunity to find who they truly are. Healing comes in various forms.

Peace is not a passive, quiet thing like some mistakenly assume. It's a palpable entity. It's choosing to fight tyranny, bullies, evil and hate so that love, joy, peace, righteousness have an opportunity to flourish.

What makes some people that maddening and troublesome?
Well, folks, some of you might not believe it but it's the stuff FAITH is made of.

In fact, it sounds like a typical Bible story. The well-known story of David and Goliath quickly comes to mind.

Small, young David facing off with the great and experienced giant Goliath. David who was looked down on by even his own family.

When Eliab, David’s oldest brother, heard him speaking with the men, he burned with anger at him and asked, “Why have you come down here? And with whom did you leave those few sheep in the wilderness? I know how conceited you are and how wicked your heart is; you came down only to watch the battle.”
29 “Now what have I done?” said David. “Can’t I even speak?”

Everyone, filled with terror and fear, including King Saul seems bent on discouraging David on his pursuit to defeat the mighty Goliath and bring peace and righteousness to the land.

David said to Saul, “Let no one lose heart on account of this Philistine; your servant will go and fight him.”
33 Saul replied, “You are not able to go out against this Philistine and fight him; you are only a young man, and he has been a warrior from his youth.”

When the people, realize that they won't be able to change David's mind, they try to edit and change him. An example is King Saul trying to dress David in his own tunic and armor.

Then Saul dressed David in his own tunic. He put a coat of armor on him and a bronze helmet on his head. 39 David fastened on his sword over the tunic and tried walking around, because he was not used to them.

Instead of wearing, King Saul's fancy garments, David chose to be humble. He chose to stay true, original and authentic.

“I cannot go in these,” he said to Saul, “because I am not used to them.” So he took them off. 40 Then he took his staff in his hand, chose five smooth stones from the stream, put them in the pouch of his shepherd’s bag and, with his sling in his hand, approached the Philistine.

Long story short, David defeated Goliath with a sling and a stone and no fancy swords, armor or battle gear.

Do you have a challenge in your life today? Are you facing insurmountable odds? Are the pressures so pressing and hard?
Do you feel so small, unworthy and insignificant?
Is everything and everyone around you falling into chaos and out of whack?

Well, how about doing what David did? How about trusting G-d instead of mortals? How about putting your Faith in a sure G-d, and slaying some giants instead of cowering in fear?

David said to the Philistine, “You come against me with sword and spear and javelin, but I come against you in the name of the Lord Almighty, the G-d of the armies of Israel, whom you have defied. 46 This day the Lord will deliver you into my hands, and I’ll strike you down and cut off your head. This very day I will give the carcasses of the Philistine army to the birds and the wild animals, and the whole world will know that there is a G-d in Israel. 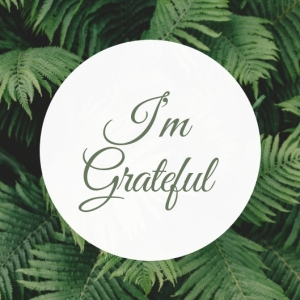